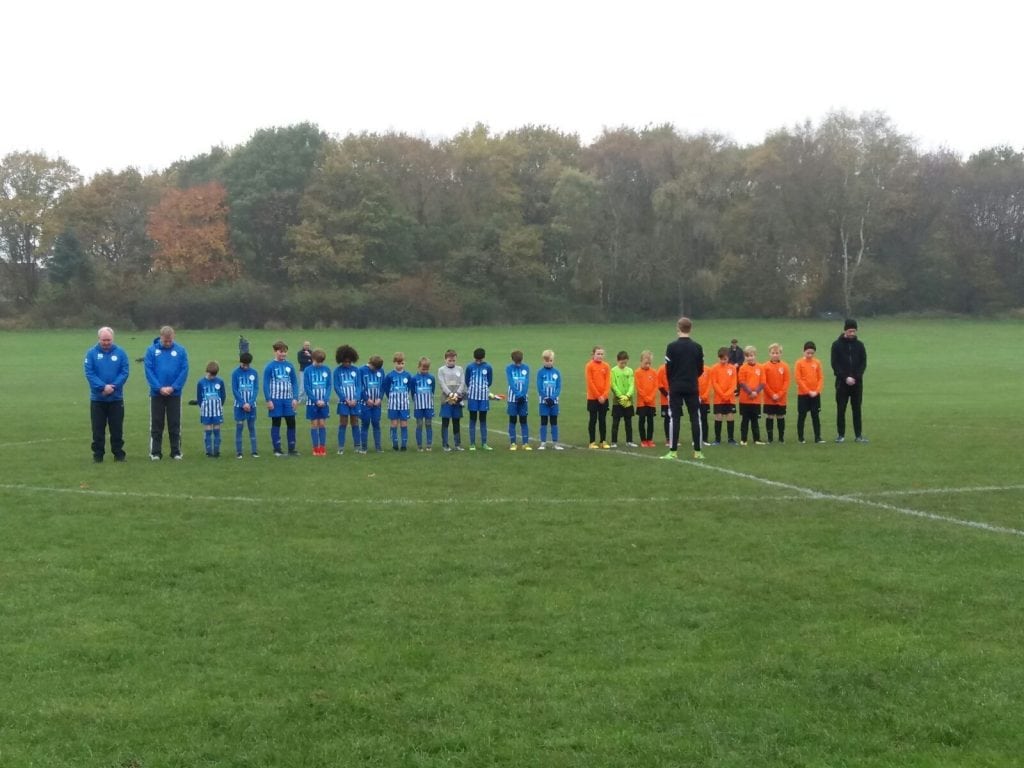 It was, of course, Remembrance Sunday this past weekend and along with the rest of the football community Cheadle & Gatley JFC played our part.

All of our teams who played held a minute’s silence and there was an amazing performance by Chris Stiles, who played The Last Post before his U11 game. The video, which made it onto the SPORTbible Facebook Page and was featured on Sky Sports News too, generated some lovely comments:

Well done to young lad who played the last post and to everyone who took part in minutes silence. Respect
My grandsons under 6 football teams did the same in Swansea.

Just watched a video of one of your young lads playing last post…. don’t know if it was yesterday or for a previous year… either way I’d like you to pass on my thanks for a job well done. I have shared it to a ex-servicemen’s site that I belong to and the response has been unanimous… that the young lad is a star and a credit to his family and club…… Top Lad, thanks.

Having watched Young Chris play the last Post via The SportBible, I had to pass on my congratulations. It literally gave me goosebumps. It was impeccable and your Parents, Your Teammates, Your Coach, And your Club should be unbelievably proud of you.
Well done pal,

Please pass on my massive respect to the young man who played the last post at your match today. I would love to shake him by the hand. It is fantastic that you encourage and teach the younger generation what sacrifices have and are being made so that we can live our lives freely. Thank you 👍

Can you pass my appreciation on to the young man playing the last post, as a serving soldier it brought a tear to my eye and made me prouder than I already am many thanks chris.

Who ever the young lad playing the bugle is an outstanding lad full credit to him and his family and your club made me cry well done to all you have my respect.

As it stands, the video has been viewed 1.5 million times, has almost 20,000 shares and over 2,000 comments on SPORTbible. We couldn’t be prouder of Chris and we defy you not to feel at least a little bit emotional when you watch the video.

Here are some photos from the various silences held by our teams.